In May 2014 I gained my "Craftsmen" level of qualification with the Guild of Photographers. One of only 50 photographers to hold this level of photographic recognition in The Guild. This qualification was attained by submitting a panel of 32 images in digital and print form before a panel of highly respected and recognised photographic judges in the UK. The Craftsman qualification is genre specific; and the images I submitted were from my 2 year long project "The Netherlands through new eyes". I wrote a blog post about this huge personal achievement for me which you can read here: Craftsman with the Guild of Photographers 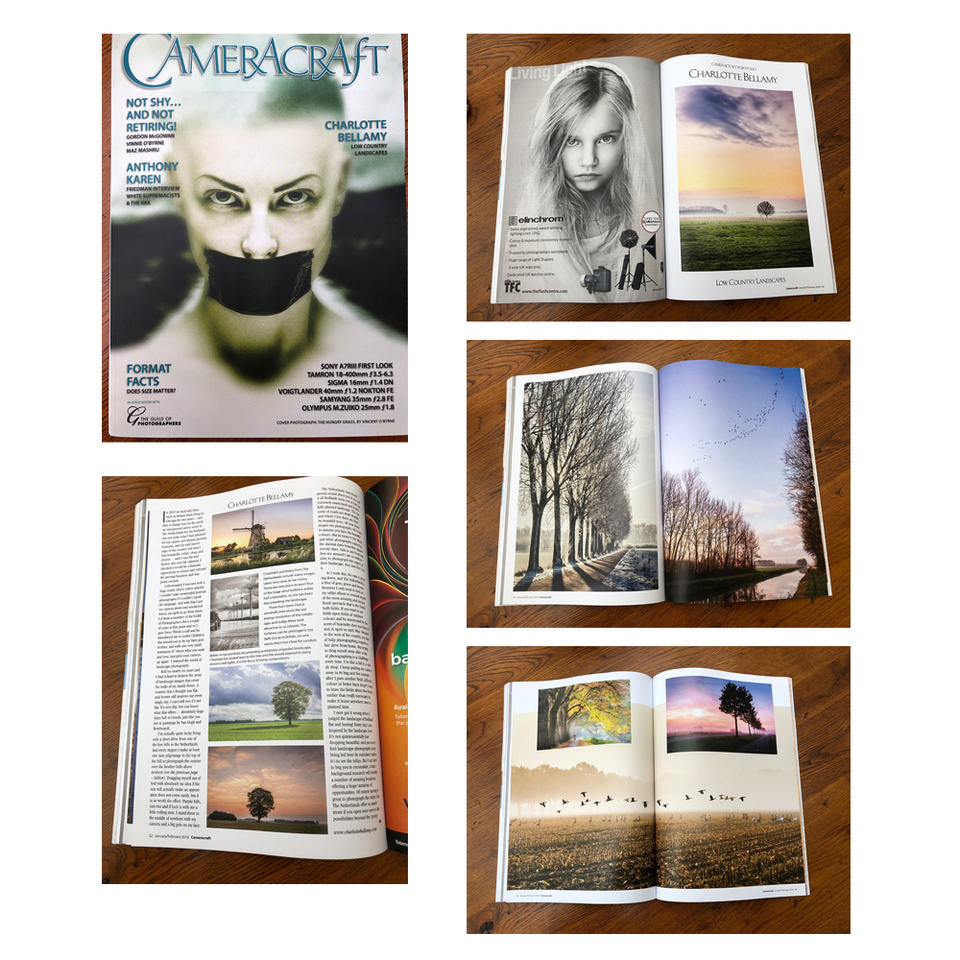 In 2017, I won the 'rural and landscape image of the year' category. From over 14,000 images I had 2 images shortlisted to the final 12 of this category. My winning image was an Intentional Camera movement (ICM) image taken on a black sand beach in New Zealand.

In 2016, I was awarded the runner up award for best 'rural landscape image of the year'.  From over 12,000 images not just one, but four of my images were recognised were shortlisted to the final six for this category as some of the best images submitted during the year.

In 2015 I traveled over to the UK for the Guild's first Photo hubs' event at Hinkley, and the print judging competition. My image of the Apledoorns Kanaal in the Netherlands was awarded the 'Open' category title and then unanimously (by 5 judges) awarded the 'Overall' winner title as well. I was delighted, and took away the prize of a valuable Ice Light as well.

In 2014, two of my landscape images were shortlisted to the final 6 for 'image of the year -urban landscape and street photography'. I was absolutely delighted with this. From over 10,000 images not just one, but two of my images were recognised as some of the best images submitted during the year.

In addition to the all round title, in 2013 I was also runner up in the 'Open' section, with many of my landscape images of Holland contributing towards this award. I was also awarded 4th place in the International wedding photographer section. In 2012 I was placed in the top ten of all three categories -portrait, wedding and open.

Many associations base their 'Photographer Of The Year' awards on the judging of one image. However, the Guild of Photographer's does things differently! The title chase is particularly demanding as images are judged each month throughout the year, over a thousand images are entered every month, with only a small percentage attaining recognition in the form of monthly awards. So the winners have to produce images of a consistently high standard literally month after month in order to win!!